President Ranil Wickremesinghe assured that he will proceed with the proposed electoral reforms,  – 11th September,  when he met Samantha Power, Administrator of the United States Agency for International Development.

President Ranil Wickremesinghe said he would go for a referendum to decide on the electoral system if political parties fail to come to an agreement within six months. 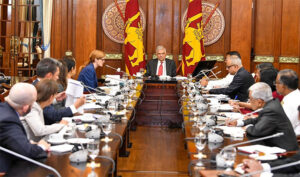 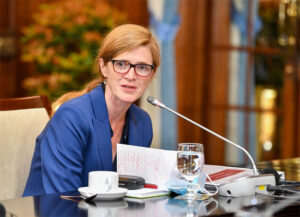 President said that he is going to call the parliament to say once and for all that they must agree on electoral reform.

“We are also bringing in the new anti-terrorist legislation. I’m going to call the parliament to say once and for all that they must agree on electoral reform. This has been going on. The parties are arguing among themselves. I give them six months. If they don’t, I’ll have a referendum and ask the country which system they want. The political parties can’t be putting this off forever. They have to bite the bullet at some stage. So, if they are not willing, I have not told them yet. They’ll I will go for a referendum on the major reforms,” he said.

The President also thanked Mrs. Power for providing US$40 million in aid to farmers as they prepare to launch a food security and nutrition program in Sri Lanka. It will definitely help us a lot.” he said.