The queen’s image is expected to be replaced on notes and coins by King Charles III, but it won’t be immediate.

It has been featured on British banknotes and coins for decades. Her portrait has also been featured on currencies in dozens of other places around the world as a reminder of the British Empire’s colonial reach.

What will happen next after her death this week? It will be a while before the United Kingdom, Canada, Australia, New Zealand and other countries can replace the monarchs on their money. 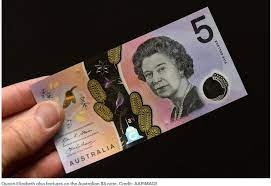 It will be some time before the United Kingdom, Canada, Australia, New Zealand and other countries can replace the monarchs on their money.

“According to Coin Expert, a British coin research website, “rather than all the current coins and notes being handed in, the process will be a gradual one and many of the coins featuring portraits of Queen Elizabeth II will remain in circulation for many years to come.”

According to the website, a new portrait will need to be taken after Charles is crowned, for use on redesigned notes and coins.

Other nations currencies that feature the queen, such as the Australian, Canadian, and Belizean dollars, will also be updated with the new monarch, but the process could take longer because “it is much easier to enforce a new design in the country where it originates, rather than in other countries where different jurisdiction may take place,” Coin Expert said.

British bills did not get her image until 1960 — seven years after her coronation. The Bank of England was given permission to use her likeness on paper money, starting with the 1 pound note. However, the formal and regal image was criticized for being too severe and unrealistic.

She became the first British monarch to be depicted on banknotes. British coins, meanwhile, have featured kings and queens for more than a thousand years.