Recently, President Ranil Wickramasinghe’s current Minister of State for Tourism suggested that rather than making dry goods in Mannar Island, developing it as Macau would be a very good way for Sri Lanka to earn dollars. Also, MP Diana Gamage calls for the legalization of cannabis in Sri Lanka with conditions. But, It has become a controversial proposition.

A well-known Sri Lankan political Analyst and senior journalist Mr. Kusal Perera commented to Mojo News, as to how far this proposal to make Sri Lanka a Macau is suitable for Sri Lanka.

He describes the MP’s proposal for Mannar Island as  “Dianian model” of gambling for “development”. 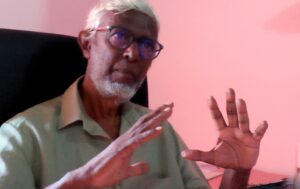 Cannabis was for a short time the pet topic among most Sinhala-Buddhist patriots. They enjoyed hacks against Ms. Diana Gamage, the controversial MP from the Opposition who demand conditional legalizing of Cannabis in Sri Lanka. Though her arguments for legalizing of Cannabis is rational, the major social lobby against Cannabis stuck to puritanical slander in drowning her demand.

She also voted with the 20 Amendment arguing a President elected by the People should have total authority over all decision making in government. She was thereafter in a political brawl with the leader of the Opposition and the Samagi Jana Balawegaya (SJB), the political party she contested from in the August 2020 elections that she claim is owned by her husband. Subsequently she voted for Wickramasinghe as President elect from parliament and is State Minister of Tourism among new State Minister appointees sworn in by President Wickramasinghe.

Addressing the audience of visitors and officials after assuming office, she has proposed turning Mannar island into Sri Lanka’s “Macau”. She has told the audience, during her childhood when parents wanted to scare children for disobedience, they say disobedient children will be sent to Mannar to work in dry-fish camps. There were also stories in the past, children were kidnapped and taken to Mannar to slave in dry-fish camps. She had quipped, instead of making dry-fish in Mannar, the island can earn dollars for Sri Lanka if developed as Macau and she is once again in news. Mannar island proposed to be a local Macau is another controversial proposal from Ms. Gamage.

While Colombo Port City can be modelled as a typical “Macau” if Sri Lankan authorities want to, Ms. Gamage as State Minister of Tourism, perhaps see Mannar island as a more convenient location for rich Indian tourists with Wickramasinghe’s often proposed highway from Mannar pier to Dhanuskodi and Palaly turned into a domestic airport with regular flights to Chennai. 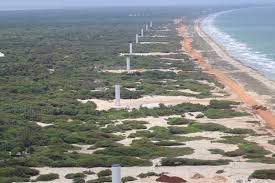 But what is Macau known for? Macau is the only location in People’s Republic of China, also known as mainland China, where gambling is legal, and as such, “gambling tourism” is the city’s greatest source of revenue. It is also the greatest revenue from gambling generated in the world. Since 2014. Macau is said to have grown seven times the size of Las Vegas gambling industry. Macau’s life culture is a “gambling culture” and children has hardly any life in Macau.

The city has a large sex trade despite there being no official red-light district. While 60 percent of GDP is from gambling industry, contributions from sex workers are not available, says a study done in 2014 by one of the few women’s association in the city. Quoting them a web journal “US-China Today” says, “Along with gambling, sex is big business in Macau. This story will explore how the sex trade works, and how it survives in a legal grey area bequeathed to Macau by its former Portuguese colonial rulers.” In addition to street prostitution, prostitutes work in low-rent buildings, massage parlours and illegal brothels, and in casinos, nightclubs, saunas and in some of the larger hotels.

Apart from its gambling economy, there is hardly any other productive economy in Macau and that has been how Macau evolved for nearly 05 Centuries since going under Portuguese dominance and rule in 1557. There is no rural life, no agriculture or livestock of any significance in Macau. Therefore, apart from gambling and sex trade, other economic activities are basically peripheral in Macau.

Can such an economy be supplanted in Mannar island? In contrast, Mannar with an ancient harbour and with over 16 main landing sites along its coast, is a popular fishing district with 36.7 percent of the island population involved in fisheries. Fish catch of Mannar island in 2016 was 10,300 MT and its dry-fish production had exceeded 1,800 MT. Agriculture being the next main economic activity around 39.3 percent of the population is involved in some agricultural activity. Mannar island is densely populated and has over 10,000 persons commuting to the city, daily for administrative, commercial and other service needs that employs over 12 percent of the population. 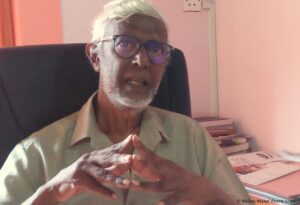 There is also a special development plan for Mannar island prepared and approved by the Urban Development Authority for 2016 to 2030 that has identified areas that need immediate attention to facilitate long term development.

Can all this human activity in the Mannar island that have their social structures and traditions evolved since British colonial rule be removed and replaced by the gambling culture of Macau? This for Ms. Diana Gamage as State Minister of Tourism would be a far more challenging task to even lobby for. No. Socio economic development is not mere earning of dollars through gambling and its closely associated sex trade. It is about improving the quality of life of People in the area, with better incomes, modern service facilities and greater space for rich cultural and democratic life.

Will not allow to increase electricity tariffs: PUCSL chairman

Young heroes sacrificed lives for a new country always among us

Will not allow to increase electricity tariffs: PUCSL chairman

Young heroes sacrificed lives for a new country always among us