The Colombo Fort Magistrate yesterday – 16th September issued notice on former President Maithripala Sirisena, to appear before courts on October 14, after considering a private plaint seeking to name him as an accused of Easter Sunday attacks, for failing to prevent it. 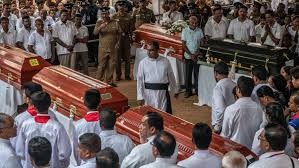 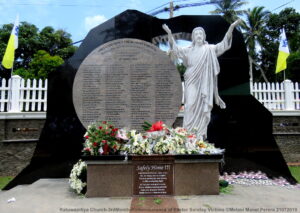 The Magistrate considered a case filed by Father Cyril Gamini Fernando and Jesudasa Ganesan who suffered serious injuries and had his leg amputated in the deadly bomb attack on St. Anthony’s Church in Kochchikade – Colombo, on April 21, 2019, and released former President Maithripala Sirisena as a suspect in the case.

The Magistrate who appeared on behalf of the plaintiffs accepted the request of Senior President’s Counsel Rienzi Arsakularatne that the attack occurred due to the negligence of Maithripala Sirisena, who was the Executive President and Defense Minister of Sri Lanka at that time, and therefore to issue a notice naming him as a suspect in the case under Section 298 of the Penal Code of Sri Lanka. 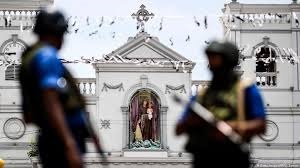 President’s Counsel Rienzie Arsekularatne presented the facts before the court and he stated that despite receiving information that a terrorist attack would be carried out on Easter Sunday, as the Defense Minister, then President Maithripala Sirisena had committed an offense under Section 298 of the Penal Code by acting negligently to prevent it.

Father Jude Chryshantha, the director of the Archdiocesan Mass Communication Center in Colombo, while speaking to the media, said that the former president, before this bomb attack took place during his time, every time the Security Council met, there were a number of reports about Saharan’s activities, but they were not taken into account. 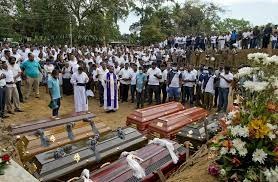 “The Security Council had constantly received complaints that under the Islamic concept of Jihadi, all those who do not believe in Islam should be killed, and that others are taking the initiative to commit terrorist acts. But despite receiving such complaints, they neglected their responsibilities, especially knowing that this attack was going to happen, they did not take steps for it.” said Father Chryshantha. 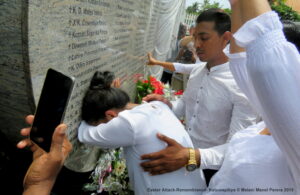 “We say this because we know that on the day of the attack, security officers were sent to protect the Indian High Commission. So when they knew that this attack was going to happen, Maithripala Sirisena left for Singapore for his personal matter,” he said. 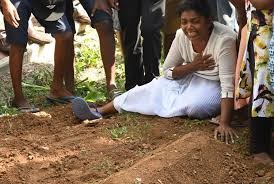 “That means we consider it as knowingly allowing this attack to happen. That is why we filed a complaint against him,” said Father Chryshantha.

Accordingly, “former President Maithripala has been issued a notice to appear before the court on October 14. We hope that justice will be done for the Easter attack,” said Father Jude Krishantha.